The 2015-16 Eurocup Last 32 gets into full swing in Round 2 as 16 teams that were on the road last week now get to play in front of their home fans. Six of those home teams will be looking to build on last week’s successes on the road and thereby improve to 2-0 records in their respective groups. The excitement starts with two games on Tuesday, before the remaining 14 games are scheduled for Wednesday

In an all-German showdown, FC Bayern Munich (1-0) hosts ratiopharm Ulm (0-1) for the second time in 10 days. Two teams met in the German League clash at the Audi Dome on January 3, and Bayern beat Ulm 101-85 behind five double-digit scorers, paced by 22 points and 8 rebounds from Bryce Taylor. Bayern hopes for a repeat of that outcome after getting off to a good start with a road win in its Last 32 opener. The same is true for Dominion Bilbao Basket (1-0) which welcomes Banvit Bandirma (0-1) to Spain. The two teams have combined to play 153 games in the competition in the past eight seasons, but have never played each other. Bilbao is on a seven-game winning streak, and has one of competition’s best offenses, ranking fourth with 86.3 points per night. Banvit has third-most offensive rebounds, 143 through 11 games, good for an average of 13 per game.

Two high-profile teams looking for the first wins in the Last 32 meet when Hapoel Bank Yahav Jerusalem (0-1) hosts Herbalife Gran Canaria Las Palmas (0-1). For last season’s runner-up, Gran Canaria, this is its first visit to Israel and first clash against an Israeli team. Gran Canaria enters the contest having the most offensive rebounds in the Eurocup this season, 151 for an average of 13.7, and making fourth most three-point shots, 104. Jerusalem hits a league-low 5.9 three-pointers per game, but is the only team with two players dishing more than 5 assists: Donta Smith (5.9) and E.J. Rowland (5.4). In the first-ever clash between two teams battling for the first place in the group, Strasbourg (1-0) hosts Avtodor Saratov (1-0). Avtodor has won five of its last six Eurocup games, and has scored at least 104 points in three of the last four, raising its league-best offense to 95.6 points on average. For Strasbourg, this is a Eurocup home opener after arriving from the Turkish Airlines Euroleague, where the team played with high confidence at home, beating Top 16 teams Real Madrid, Fenerbahce Istanbul and Crvena Zvezda Telekom Belgrade.

In Round 2’s first game on Tuesday, PAOK Thessaloniki (0-1) welcomes the French champ Limoges CSP (0-1), which will be led by a new head coach Jim Bilba after the club parted way with Philippe Herve late last week. These two sides played last season in the Last 32, when Limoges swept PAOK, including a 68-79 win in Thessaloniki. However, Limoges has only two players still on the roster from that game last February. Battling to take the sole possession of first place, EWE Baskets Oldenburg (1-0) welcomes undefeated Valencia Basket (1-0), which has beaten its opponents by an average margin of 12.4 points so far this campaign. Valencia has competition’s best defense, allowing 68.3 points during the first 11 games. Oldenburg has 1-5 all-time Eurocup record against Spanish teams, and has lost five straight to Bilbao Basket and Baloncesto Seville.

On Tuesday, EA7 Emporio Armani Milan (0-1) hosts Aris Thessaloniki (1-0) in a clash of classic European clubs. Milan and Aris played 13 times against each other over the decades, but only twice since 1992. They also played the Euroleague Final Four semifinals in 1988, with Milan winning 87-82 on the way to its third and final continental title. While Milan looks for its first Eurocup victory in more than a decade, Aris has a four-game winning streack and holds opponents to 69 points per game and 27.3% three-point accuracy, among the competition’s best this season. On Wednesday, Neptunas Klaipeda (0-1) welcomes ALBA Berlin (1-0) for the first time. After being the only Last 32 held under 60 points in 84-58 loss to Aris last week, Neptunas looks to bounce back at home, where it ranks third this season with 87.6 points on average. ALBA will try to keep its percentage from behind the three-point arc after making 12 of 20 attempts for 60% last week.

A pair of first-ever Italian-Turkish clashes are scheduled on Wednesday in Group K. In its first-ever Last 32 home game, Trabzonspor Medical Park (0-1) hosts Dolomiti Energia Trento (1-0). With five double-digit scorers, the visitors average 87 points per game, third-best in the Eurocup. Trabzonspor will hope to set the game-tempo to its liking, but might have to improve on forcing turnovers, as the team averages 11.8 and makes league-low 4.6 steals per game. Also for the first time, Grissin Bon Reggio Emilia (0-1) hosts Pinar Karsiyaka Izmir (1-0), author of seven consecutive Last 32 victories. Reggio Emilia has never won a Last 32 game, and to have that chance will need to cut down on 21 turnovers it committed last week against Trento, and will rely on Pietro Aradori, who ranks top 10 in points scored this seasons at 15 per game.

In another first, Zenit St. Petersburg (1-0) hosts MHP RIESEN Ludwigsburg (0-1) in what is just the second official game against a Russia club for the visitors, the last one being in 1989 against CSKA Moscow. Zenit has a 9-2 record in the competition this season, and its four home wins came with by average margins of 16.8 points. Another win would give Zenit at least in a share of the lead in the group, as is the case for Stelmet Zielona Gora (1-0), which plays host to Umana Reyer Venice (0-1). Zielona Gora is certainly looking to build on last week’s road win when the team had five double-digit scorers after not managed that even once during 10 games of the Euroleague regular season. Now, Zielona Gora hosts a Venice team that has lost four consecutive Eurocup games and will be missing one of its key players, top frontcourt scorer Hrvoje Peric, due to broken hand.

Yet another first-time meeting features Nizhny Novgorod (0-1) playing on home floor against Maccabi FOX Tel Aviv (1-0). Nizhny has a 4-1 home record and in front of its fans averages 10.6 triples made, shooting them with 44.5% accuracy, league-best in home games. Maccabi hopes to build on its successful Eurocup debut last week and snatch a win that would put it closer to a place in the eighthfinals. Since lifting a Euroleague title in Moscow in 2005, Maccabi has played on Russian soil 10 times, and has two wins in those games. Union Olimpija Ljubljana (0-1) welcomes Unics Kazan (1-0) and Last 32 Round 1 MVP Quino Colom to the Slovenian capital. The only previous time these two teams met was four seasons ago during the Euroleague regular season, when Unics swept the series. Unics’s defense holds opponents to just 72.6 points per game, and also ranks amongst the competition’s best defenses by holding opponents to 48.1% accuracy on two-pointers and 30.2% on three-pointers.

Looking to bounce back on its home floor from a 45-point defeat last week, CAI Zaragoza (0-1) plays host to the Hungarian champion Szolnoki Olaj (1-0). No team in the Eurocup has committed more turnovers than Szolnoki (16.1), but that number actually dropped to 14.1 during the last seven games, the stretch in which Szolnoki has a 5-2 record and averages 81.9 points. CAI is one of the best teams in taking care of the ball as it has 11.4 turnovers per game, and ranks second in the offensive rebounding department (13.1). CAI boasts a 4-1 home record in the Eurocup this season. Dinamo Banco di Sardegna Sassari (0-1) hosts Galatasaray Odeabank Istanbul (1-0) and the top scorer left in the competition, Errick McCollum, who averages 20.2 points per game. Galatasaray scores a competition second-best 88.2 points on averaged, and its coming off the club’s biggest-ever Eurocup win, a 103-68 drubbing of CAI. Meanwhile, Sassari is still winless in the Euroleague and Eurocup this season, having lost 13 in a row in those two competitions dating back to last season’s Last 32.

Be sure to follow all the Last 32 Round 2 drama on Eurosport and Eurocupbasketball.com! 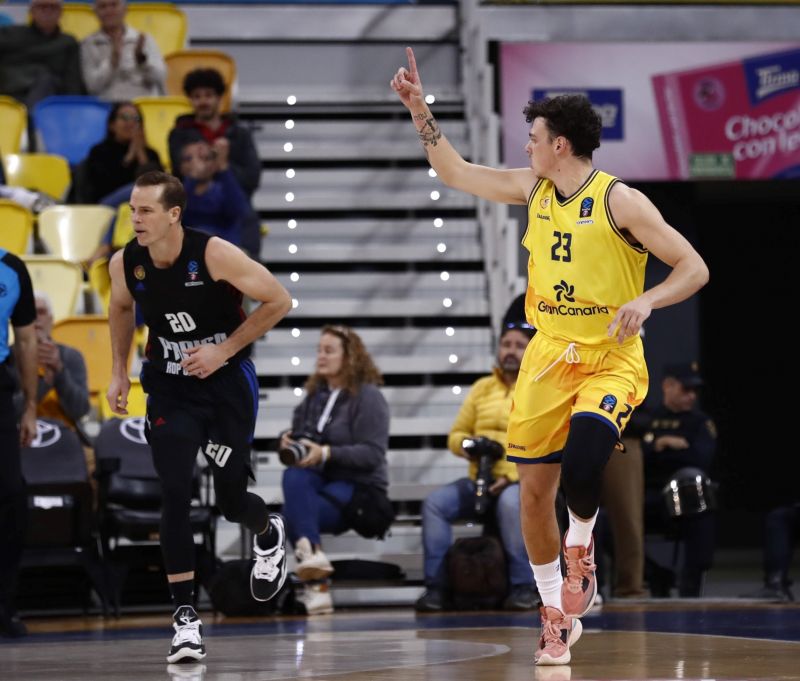 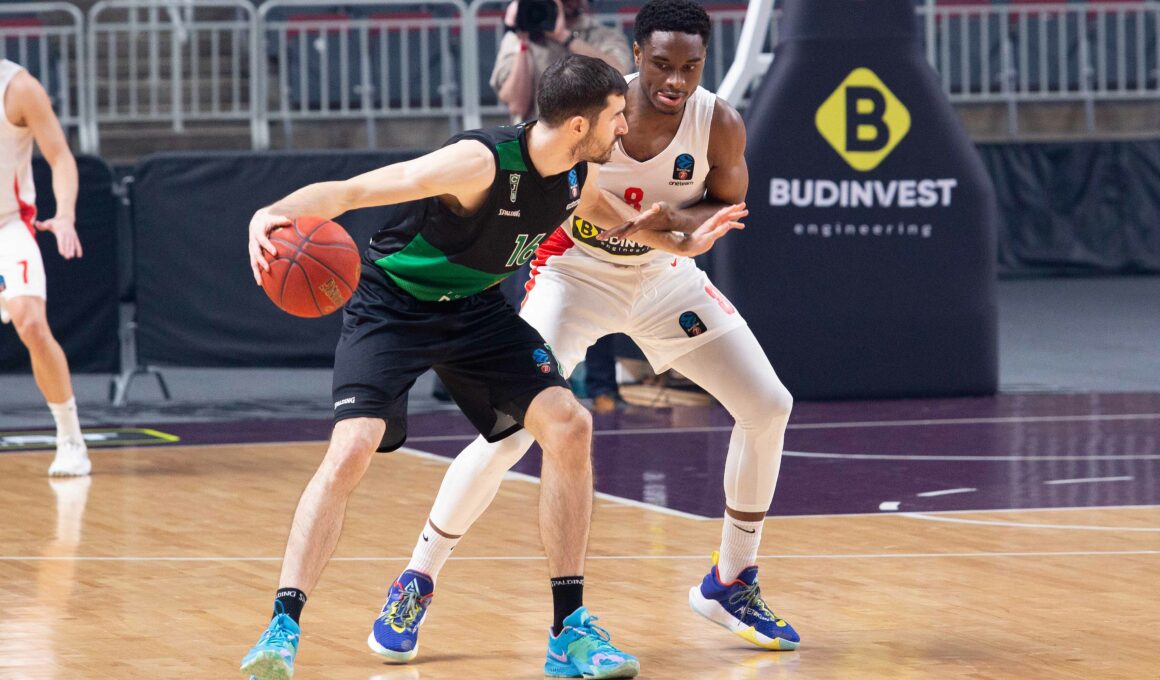 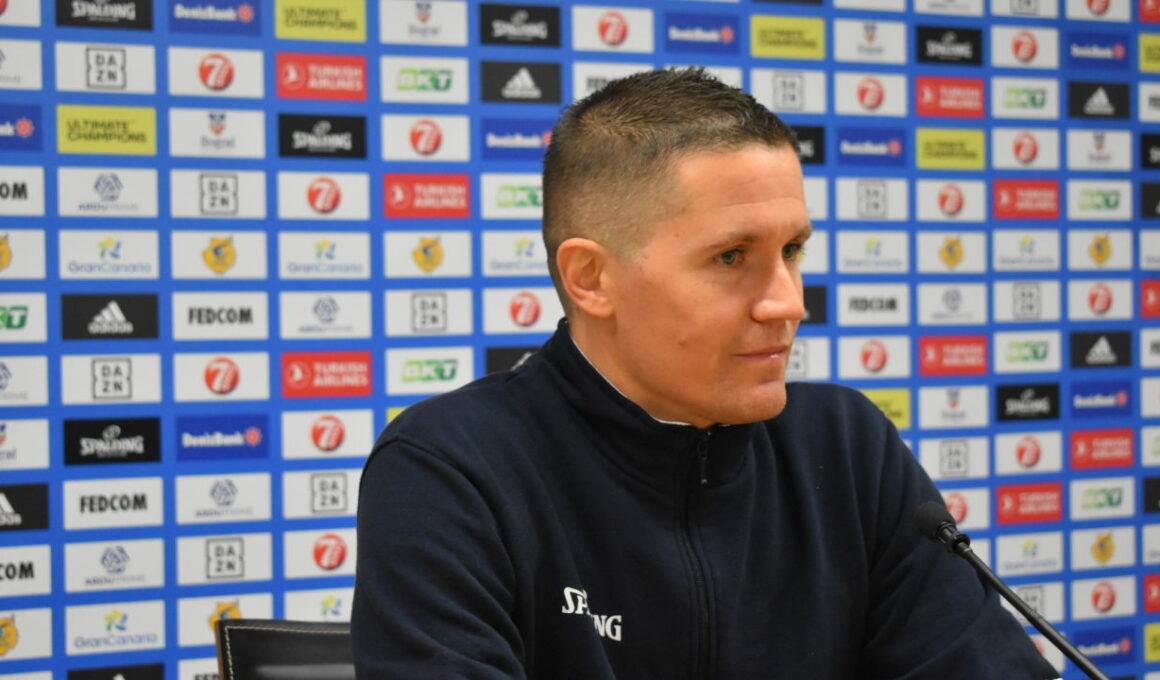